Salve Duplito is the resident financial advisor of ANC’s “On The Money,” giving helpful insight to Kapamilya viewers on financial literacy. In fact, financial literacy is Salve Duplito’s personal advocacy, which began early on in her career. Back then, she was starting out as a writer for a broadsheet, and her heart went out to many OFWs who had problems handling their hard-earned cash. She then made an unprecedented move to approach management with a proposal: to write a weekly personal finance column peppered with stories, advice, and interviews with inspirational personalities encouraging OFWs to save and invest. Salve Duplito admits that her column helped her as much as it helped her readers, as she learned valuable advice from her contributors on how to properly handle finances. Several years later, she became a consultant for notable international organizations such as the Asian Development Bank (ADB) and the World Bank. Salve Duplito then expanded her career in journalism by moving from print to television. In 2012, she joined the Kapamilya network through ANC’s personal finance program, “On The Money,” which is certainly on the money for this personal finance advocate. Today, Salve Duplito continues to enlighten—not just OFWs but Kapamilyas all around the globe—on money matters. Catch her every day on ANC through “On The Money.” 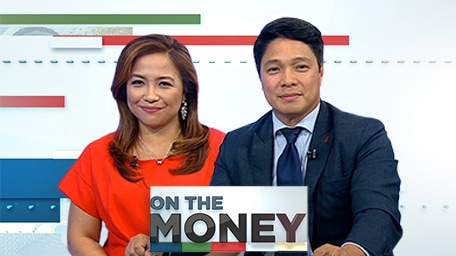 Mar 21, 2020
Mar 14, 2020
Mar 07, 2020
Feb 29, 2020
Want to talk about your favorite movies, shows, or celebrities? Join our official Facebook community HERE. For questions or feedback about TFC Online, your account or Subscription Plans, you may send an email to support@tfc.tv or drop us a message thru FB Messenger or just click on the Live Chat link at the bottom to talk to our Customer Service.
If you still don't have a Kapamilya Name yet, enter your email address to access your TFC Online account. Once signed in, you can create your very own Kapamilya Name.