From his early showbiz venture as one of the cast of the teen-oriented programs Berks, Ketchup Eusebio has evolved into one of the industry’s most beloved character actors. He has shown versatility in his craft with equally notable performances in the drama series Darating Ang Umaga, Mga Anghel Na Walang Langit, Prinsesa ng Banyera, Precious Hearts Romances Presents: Ang Lalaking Nagmamahal Sa Akin, May Bukas Pa, Elena M. Patron’s Momay, Guns and Roses, Princess and I, Dreamdad and Ningning and the comedy series Ang Tanging Ina. He also stood out playing supporting roles in the romantic hits Can This Be Love?, Sakal, Sakali, Saklolo, Miss You Like Crazy, My Amnesia Girl, Catch Me, I’m In Love, Every Breath U Take, I’ve Fallen For You and Just the 3 of Us; the dramatic film series Mano Po 5: Gua Ai Di; the horror film Cinco; the action movie Manila Kingpin: The Asiong Salonga Story; and the independent films Gigil, Lola, Noy, and Sa Aking Pagkagising Mula sa Kamulatan, for which he won Best Supporting Actor at the Gawad Urian. Ketchup was also the host of the sports magazine program Basta Sports and the male-oriented talk show It’s A Guy Thing. 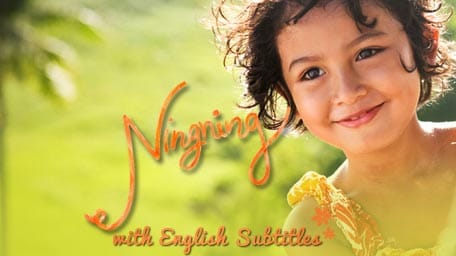 Apr 17, 2015
Apr 16, 2015
Apr 15, 2015
Apr 14, 2015
Want to talk about your favorite movies, shows, or celebrities? Join our official Facebook community HERE. For questions or feedback about iWantTFC, your account or Subscription Plans, you may send an email to support@iwanttfc.com or drop us a message thru FB Messenger or just click on the Live Chat link at the bottom to talk to our Customer Service.