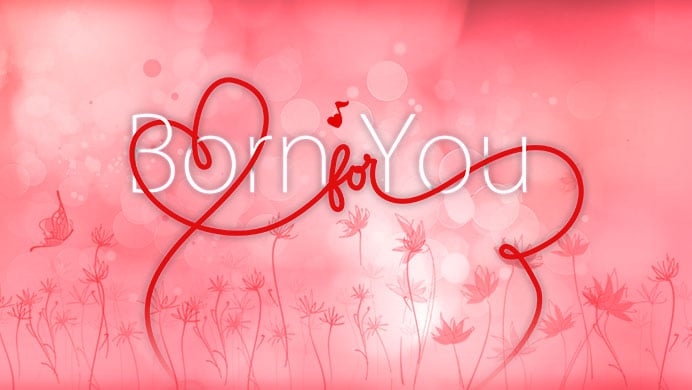 Sam Kazuko (Janella Salvador), is an aspiring Pinay singer who grows up in Japan. A hopeless romantic, she believes in the concept of Red String of Fate, which says that an invisible string connects two destined people and are set to meet each other wherever they are in the world. On the other hand, Kevin Sebastian (Elmo Magalona), a popular teen heartthrob and son of OPM icon Mike Sebastian (Ariel Rivera), who popularized the song “Born for You,” doubts the authenticity of love and destiny because of the complicated relationship of his parents. Their love for music will bring Sam and Kevin together, but it might also be the reason for their budding romance to be cut off. Sam’s father, Buddy (Bernard Palanca), composed the song “Born for You” for her mother Cathy (Vina Morales). But Marge (Ayen Laurel), the daughter of the country’s richest record label owner, stole the song and gave it to Mike in hopes of winning the male singer’s heart. Everything eventually happened according to Marge’s plans as she got married to Mike and gave birth to Kevin. While they were living a happy life, Buddy’s family was suffering because of his sudden death, which prompted Cathy to work in Japan to provide for Sam. What fate awaits Sam and Kevin? How will their parents’ past affect their destiny? Will the string that connects them be broken?
SHARE

MORE ALL OF ME

MORE BE CAREFUL WITH MY HEART